Morning Coffee: Goldman Sachs hired someone not always popular at Google. Ex-JPMorgan quant was lucky to get Sundays off 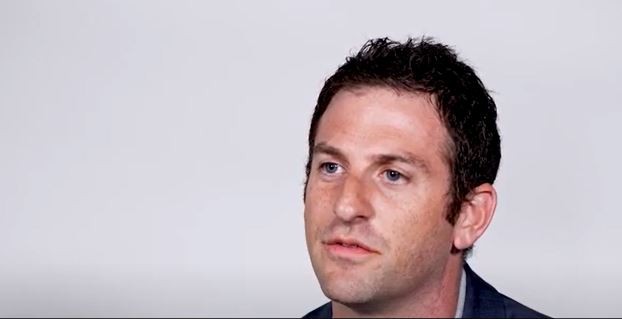 Investment banking and big tech have been competing for the same elite talent for two decades now, and big tech companies have almost always been in a winning position.  As well as having the advantage of a “change the world” story and not having the disadvantage of an “everyone hates bankers” public image, most of the time the big techs have been making more money than Wall Street and therefore been able to offer more competitive salary and options packages.  Current market conditions, however, seem to be a bit worse for tech than for finance, and banks are trying to take advantage of that while they can.

One possible example of that trend is Goldman Sachs’ announcement that they’re hiring Jared Cohen from the Alphabet group of companies (what most people call Google).  He’s going to be in charge of an “Office of Applied Innovation”, jointly with current co-CIO George Lee (Marco Argenti will now be sole Chief Information Officer), and he will also be the “president of global affairs”.  The purpose of this newly created job is to “identify and advance commercial opportunities for the firm that are at the intersection of a changing global marketplace, shifts in the geopolitical landscape and rapidly evolving technology”.

Running those sentences through the dejargonizing filter, it looks like Goldman wants an Office of Applied Innovation to deal with all those things in the world of business and finance which look a bit like technology problems when you view them from one angle, and a lot like political problems when you view them from another.  A lot of artificial intelligence and Big Data projects and investments have this sort of feel to them.  Presuming that George Lee will be handling the “rapidly evolving technology” side of things, that leaves Cohen in charge of keeping track of the geopolitical and social implications.

Which is more or less what Cohen, who's also worked in government and interviewed terrorists in the Middle East for a book, did at Google.  He was the founder and CEO of “Jigsaw”, which was one of the research and development “moonshot” subsidiaries.  Rather than building spaceships or trying to achieve immortality, the purpose of Jigsaw was to design products and projects with the aim of “making sure that the internet isn’t a horrifically destructive force in the world, and even possibly doing some good”.

This job seemed to involve the senior staff of Jigsaw taking lots of trips round the developing world to see how different societies interacted with the internet.  It also, according to a Vice story from 2019, seemed to involve some peculiar behaviour on those trips, an internal culture of backbiting, misogyny and bullying and in Jared Cohen’s own case, a spectacularly ill-advised selfie.

A lot of the problems at Jigsaw seem to have stemmed, though, from the very fact that the staff there believed that they were changing the world and promoting social justice.  If that’s what you’re doing, it’s hard to have a sense of perspective about workplace disagreements.  Perhaps Jared will find it a refreshing change to be dealing with bankers and investors with the slightly more prosaic motivation of simply wanting to make money.

Elsewhere, Zar Amrolia, the co-CEO of XTX Markets, has been looking back on his career on the occasion of being given an industry award.  He joined the industry as one of the first quants in 1980, as an interest rate derivatives trader at JPMorgan, then worked at Credit Suisse and Goldman before becoming Deutsche Bank’s global head of FX, then global head of fixed income and commodities.  After a career in which quants had been regarded as “somewhere between the middle office and front office”, he joined XTX in 2015 to help Alexander Gerko realise a vision of a firm with no human traders.  Today, XTX is regularly ranked in the top five slots for spot FX market share.

Although he only employs quants and developers himself, Zar doesn’t believe that human traders will be obsolete; he suggests that “voice trading” will still be necessary for clients with non-standard requirements.  And even at XTX the humans need to be looked after; although young quants in the 80s were apparently “lucky to get a Sunday off”, XTX has had to hire a “head of events” to organize fun and relaxation for its staff nowadays.

As a teenager working at the Chicago Board of Trade, Troy Kane got a phone thrown at his head by an angry trader (who later gave him a $100 tip to say sorry).  He took a different lesson from this episode than many might have done, and now he’s the global head of derivatives and FICC development at Citadel Securities.  He won’t be going to Miami, and says that “anyone who's ever worked on a trading floor knows it's not for the faint of heart”. (Business Insider)

“Love and affection” is allegedly the phrase which is under investigation after Jan Skarbek made an inappropriate comment on Citi's Barcelona away day. (Daily Telegraph)

Apparently, Iqbal Khan and Colm Kelleher are in the early stages of a business bromance.  According to “talk among Zurich’s financial circles”, Kelleher rates Khan and might even see him as a more likely CEO than Ralph Hamers in the long term if UBS ever manages to bid for Credit Suisse. (Finews)

If the idea of being optimistic all the time just seems too damn depressing, psychologists say it’s still worth a try at being an optimist for a few minutes at the end of every day. (WSJ)

Sam Bankman-Fried’s Alameda Research are the holders of the “most profitable address on the Ethereum network” title. (U Today)

The “Bear Market Screaming Club” is a Discord channel for people who have lost a lot of money in crypto to scream out loud at each other.  It’s one of the least grim coping mechanisms in this round up of what’s being described as “the great Dunning-Kruger event of 2022” (Guardian)

Coinbase continues to hire sell-siders with a hedge fund client base, to promote itself to institutional investors.  Tommy Doyle, an industry veteran, has gone there from Goldman Sachs. (The Trade)

If you want to read through the Twitter complaint against Elon Musk, here’s a copy (via NPR)