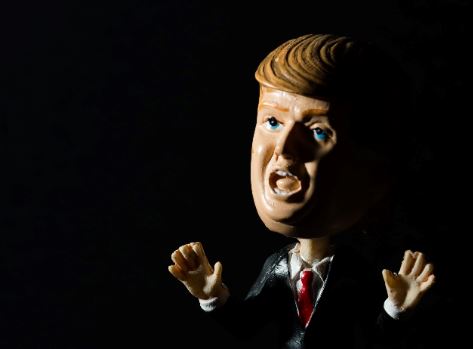 Who, in the financial services industry voted for Donald Trump last week? As the coals are raked and the exit polls analyzed, it looks like Trump did better than in 2016 among people earning more than $100k, that he had support in areas of Queens and Brooklyn and that he gained ground among Asian women. At least some of these people are likely to work in finance. But you'll have a hard time finding them.

"I do not know anyone in NY who supports Donald Trump," says one researcher at a bank in NY City. "And if they do, they would not disclose the fact - not to me anyway."

"No one will admit to voting for Trump," says one hedge fund marketer. Writing in Vanity Fair, former banker William D. Cohan explained why. “You are so judged if you vote for Trump,” one twice-Trump-voting senior banker told Cohan. "- I get taken off the invitation list."

And yet, Trump-supporting New York finance professionals can be needled out of their shells under cover of anonymity. We spoke to several. Many said they voted for Trump "exclusively" for tax reasons due to Biden's proposal to hike income tax for households earning more than $400k. Tax wasn't their only concern though. One non-Caucasian hedge fund employee said he voted for Trump out of worries about his safety and that of his family: "Midtown Manhattan seems like a ghost town. The tax-paying middle and upper classes are relocating and there's a rise in crime with homeless addicts roaming around."

Others cited Trump's willingness to stand up to China, their fears of a "substantial rise in immigration" under Biden, and apprehension of a "socialist utopia" if Biden is replaced by Kamala Harris. "There are many here who believe Biden will not last all four years of his term and this will open the door for Harris to ascend to the Presidency," said one, describing Harris as an "extreme liberal."

The minority of bankers who voted for Trump did so even though there's little to be gained from voting Republican in New York, which is solidly Democrat. Equally, many of those who voted Democrat did so from genuinely progressive learnings. "Taxes will likely rise for me and many high earning New Yorkers," said one MD. "But taxes need to rise to fix major problems, and so I am content to pay my share."

Anecdotally, it was the older finance professionals who voted Trump last week. One 48 year-old hedge funder who spent years as an MD in banking said most of his friends over 40 voted Republican. "The senior white males in finance were heavy Trump voters. The millennials and the Gen Zs below them mostly voted Biden."

He says the MDs who voted Trump held their noses as they did so. "They didn't like his rancor and his belligerence, but nor did they want to sign-up to this politically correct apologetic disposition that everyone thinks is cool right now, or to being taxed the sh*t out of while we pay for 20 year-olds to sit on the sofa and sip Starbucks." However, now that Biden has won, he suggests those same MDs are secretly pleased: "They voted with their wallets because they felt they had to, but they were also tired of the rioting under Trump."

Another MD at a New York boutique said he attended MD meetings where they were asked not to disclose Republican leanings to junior colleagues. "The juniors are much more likely to vote Democrat, and so the senior guys keep their politics to themselves."

This might be why junior banking staff didn't discern much support for the Republicans in their corner offices, even it existed. "All the NY Trump voters are in Staten Island, Long Island," said one junior. "It's like the Alabama of New York. They're rabid Trump voters there."

Photo by Sean Ferigan on Unsplash