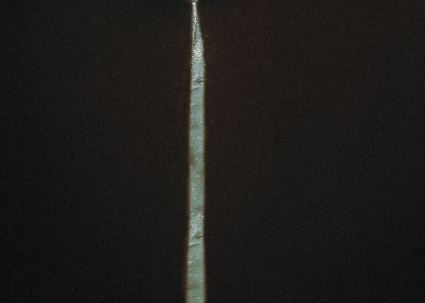 If you've been looking for a new M&A or equities job at a European bank in 2020, bad luck. A new report says front office recruitment in investment banks has been restrained this year. When it's happened, it hasn't been in European banks. Nor has it been in M&A and equities sales and trading.

Banking intelligence firm Coalition says that front office headcount in investment banking divisions (IBD) fell by a hundred people this year, from 16,200 to 16,100 globally. Coalition says the cuts were mostly in M&A and mostly in European banks. Other areas of IBD, like equity capital markets have had a strong year.

Alongside the trimming in M&A, Coalition says there were bigger cuts in equities sales and trading, where it estimates that 400 jobs disappeared in the past three quarters, or 3% of the total. The cuts mostly happened in EMEA (eg. at HSBC).

However, FICC divisions were also among the only places to benefit from hiring: Coalition says U.S. investment banks spent the past nine months strengthening their spread (credit trading) desks. If you wanted a new front office job in 2020, Coalition says U.S. banks' credit desks were the sweet-spot.

We're not disputing this. Credit headhunters have been telling us they're busy for months. However, it's not just U.S. banks that have been hiring; Europeans like Deutsche Bank have been adding to credit desks too. And after an excellent year in rates we've also seen recruitment on macro trading desks, in London at least. 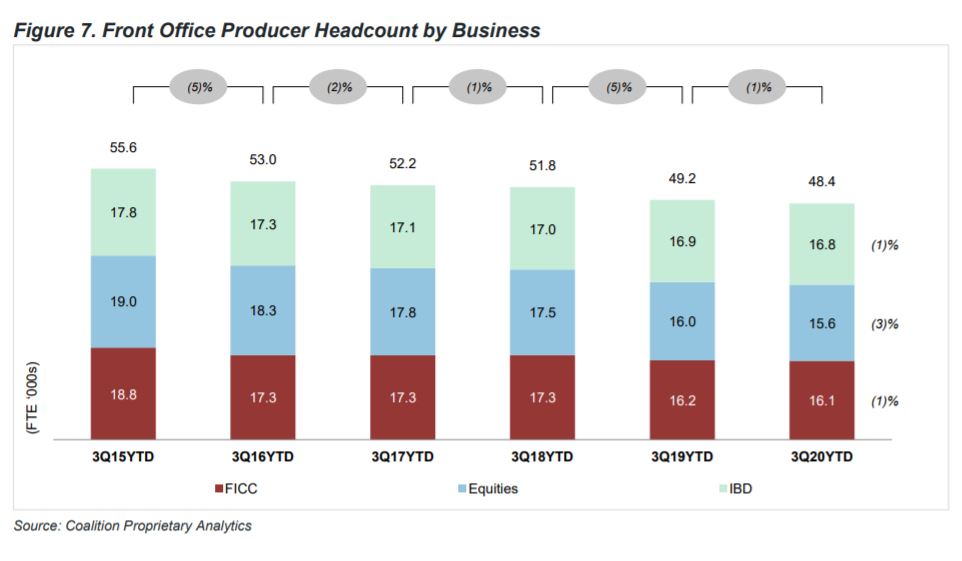 Photo by Chander Mohan on Unsplash