How upper middle class students are getting all the internships 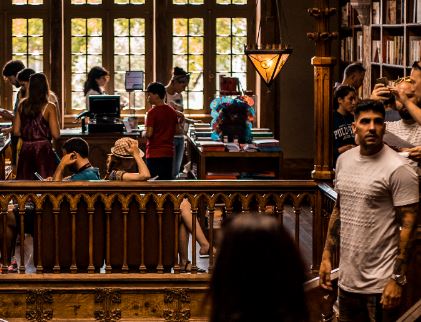 If you want a graduate job in an investment bank, you really need to complete an internship. But you might find that a lot of upper middle class students have got there first.

New research from Ewan Wright and Benjamin Mulvey at the University of Hong Kong* illustrates how students from upper middle class families end up first achieving the best internships, and then the best graduate jobs.

The academics interviewed 100 third year undergraduates from families that were upper middle class, working class and middle class. Upper class students were defined as having at least one parent in a professional or managerial occupation, a family household pre-tax income above £100k ($139k), or having attended a private secondary school. Working class students were defined as having neither parent with a bachelor's degree, one parent in a manual occupation, having attended a state secondary school, and having a family pre-tax income of less than £24k. All students in between were defined as being 'mass middle class.'

Some found their internships through social connections. "My aunt had a party and said I should come along to do some networking. I was talking to this guy about polo because he also plays," said one upper middle class history student at a Russell Group University.  "I mentioned that I didn’t really have anything to do in the summer. He said, ‘Oh, come work for me’… When I went for the interview, he asked me, ‘What do you want to do?’ And I said, ‘Look, I’m going to be really honest. I have no idea what I want to do with my life.’ He said, ‘Just pick one. If you don’t enjoy it, we can change it.’ I said, ‘I don’t know, marketing, maybe that could be something.’ So, in the end, I worked with their marketing team."

Others were encouraged to apply by clued-up parents. "I was pushed by my dad to get into internships. He said if you want to get into any sort of professional job, really, you need to have evidence that you didn’t spend your summer, you know, working at a pub and bumming around. You have to do something to stand out," said one upper middle class student.

Others found internships after networking with people who'd attended the same schools. "I figured I needed an internship of some sort, so I went to a careers event. That was in my first year, I think. I met a guy there from [X] who’d also studied at [X]. He gave me loads of tips about what they are looking for and how to apply for their programme," said one.

Moreover, the upper middle class students understood - in a way that the others didn't seem to - that an internship while you're studying at a second class university could compensate for studying outside the Russell Group. "I’m from a uni, which, you know, isn’t at the top of the ranking, so getting that work experience is extra important," reflected one member of the student elite.

*'Internships and the graduate labour market: how upper-middle-class students ‘get ahead’'

Photo by redcharlie on Unsplash