The trouble with leaving banking for a fintech 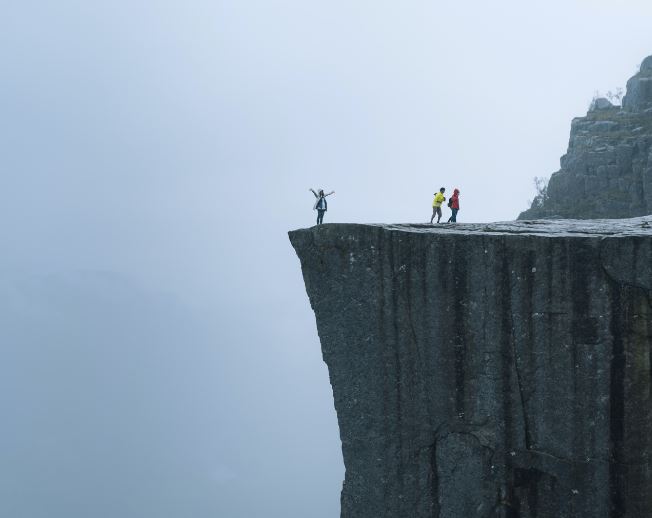 Should you leave your nice secure job in an investment bank for a racier prospect working for a fintech? A former senior vice president (SVP) at Citi in London has described her trepidation on doing exactly that nearly eight years ago.

The thing with investment banks is that they have very clear hierarchies, said Camille McKelvey, speaking at this week's WeAreTechWomen conference. - And after a while, progressing further up that hierarchy can seem the only thing that matters.

In McKelvey's case, she joined Barclays Capital in a fixed income operations role in 2004 after graduating in Russian and French from University College London. "I started out as a processor learning the trade," she said. From there, she moved to a sales assistant on the trading desk "booking trades all day," to managing a trade support team and setting up outsourced operations in India, while hopping from Barclays to Morgan Stanley to Citi. And then in 2014, she quit Citi for MarketAxess, the electronic credit trading platform that also provides market data and post-trade services.

The worst thing about leaving Citi was walking away from the coveted SVP job title, said McKelvey.  "I had this title of senior VP which meant something in the structure of the organisation - you lose that when you come to a firm like MarketAxess, and I was reticent about that." In fact, McKelvey said her reticence was misplaced: MarketAxess proved to be refreshingly "fast-paced" and to offer greater potential for influencing decisions, both of which more than compensated for the loss of a banking accolade.

These days, McKelvey is head of post trade straight through processing development at MarketAxess after joining in product management and then becoming head of strategy for the post-trade matching platform. She can't code and said she's "not technical." - "I know from a high level how things work, and I understand how the system fits together."

You don't need to be a developer to move into a fintech like MarketAxess, said McKelvey. Her role doesn't entail coding, but covers everything from relationship management, stakeholder management and interfacing with the media, she added.

Photo by Valdemaras D. on Unsplash