Apollo says it's become a magnet for talent at investment banks 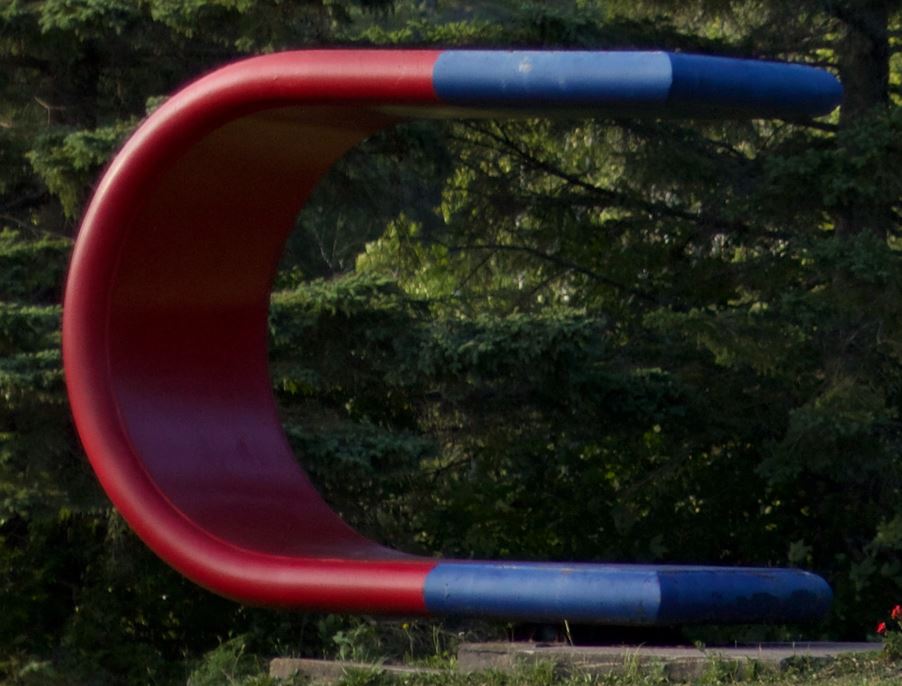 This is the thrust of Apollo's investor day today. Not only does Apollo say it's a much better place to work for than an investment bank, but it's also a much better than any other fund.

"We are a better employer [than banks]," said Marc Rowan, Apollo CEO in his introductory presentation. If you step into an Apollo office, "you will see a group of happy people who have departed large money center banks and find Apollo a happy home to apply their craft," Rowan added.

Apollo isn't like other funds, said Rowan. By virtue of Athene, the retirement products and insurance subsidiary with which Apollo merged this year, Rowan said Apollo is able to generate consistently strong returns while taking far fewer risks than the average private equity fund or hedge fund.  Athene has around $190bn in assets under management, of which $180bn are fixed income investments. Apollo is focused broadly on the hybrid space - between debt and equity - where other investors don't play. "Hybrid is one of the few places where there is not too much capital chasing too few deals," said Rowan.

In the past 18 months, Apollo says it's made 67 hires to its credit team alone. 21 are shown in the slide below. They include former: Earl Hunt, a former partner from Goldman Sachs; John Cortese, a former credit trader from Barclays; and Michael Caperonis, Nomura's former head of equities. 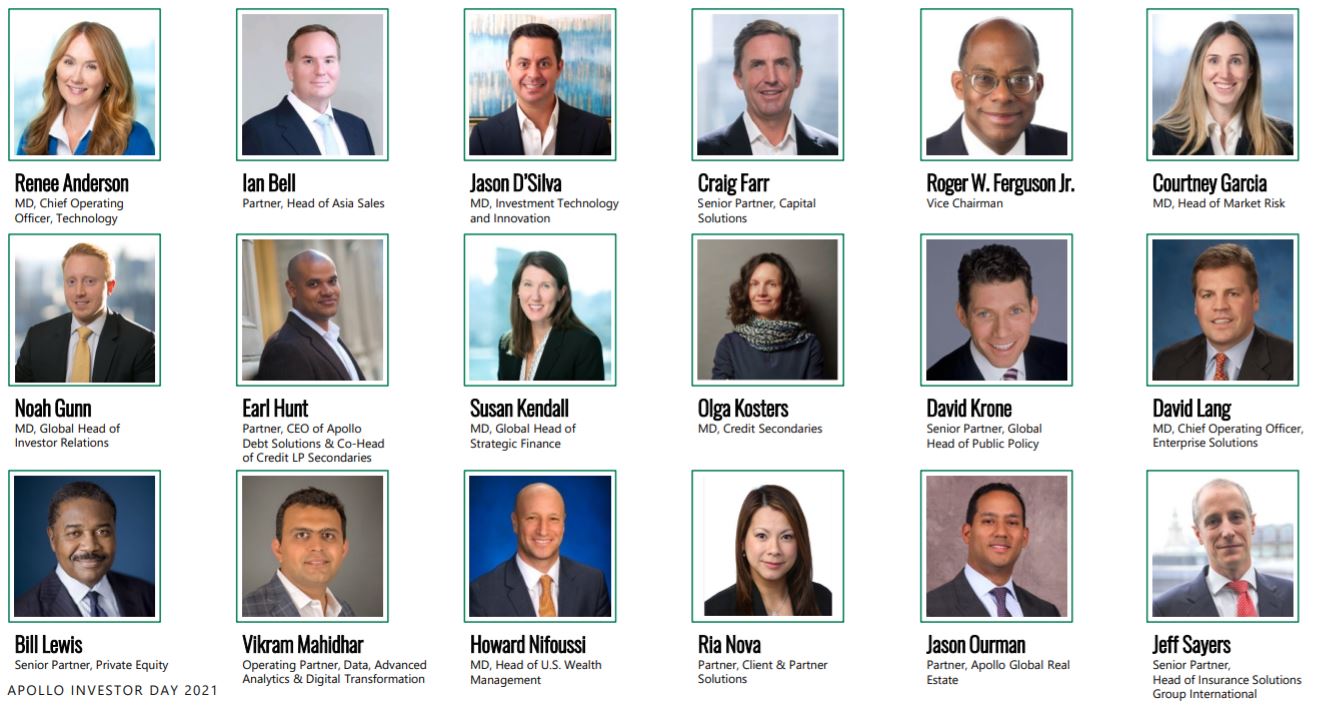 These days, Apollo isn't much about private equity. - Private equity is "not a growth engine” but a "farming business," said Rowan: "You plant you harvest. You plant, you harvest." Private credit, hybrid and Athene are where the future is. However, Rowan said private equity is still a valuable source of "intellectual capital" for Apollo: the fund has 85 private equity investment professionals in the U.S.; 15 in Europe and 15 in APAC.

There was no mention in today's presentation about the complaints of 20-hour days for juniors at Apollo, or of the increase in associate pay to $550k in an attempt to prevent the fund's overworked juniors from leaving. Instead, Rowan said today that Apollo is a "majority millennials' workforce" and that its purpose is "expanding opportunity" for staff.

"We have generally picked people like us who want that same opportunity," said Rowan reflecting on Apollo's past tendency to hire people who look like its existing staff. The firm is now focused on diversifying its workforce: 60% of associates in its private equity division have diverse backgrounds. Banks may want to keep a handle on their diverse employees.

Photo by Kelsey K on Unsplash