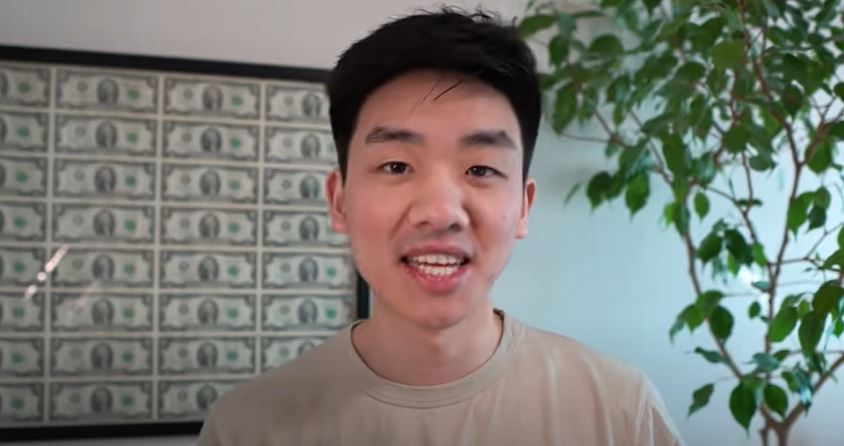 It’s become an accepted truth that the lifestyle of analysts in investment banks is awful. The Goldman Sachs working conditions survey, in which 13 analysts complained of 120 hour weeks and all the mental and physical consequences, has unmasked the sector in all its brutal glory. But what if it’s not really that bad?

Ben Chon, a University of Berkeley graduate and former analyst at JPMorgan in San Francisco, wants to set the record straight. Working in banking is demanding, says Chon, but it’s not as bad as the Goldman analysts suggested (or at least it wasn’t for him). It also gets better with time.

Chon spent just over two and a half years at JPMorgan, where he worked on healthcare deals in California. “I definitely worked 80, 90, and 100 hour weeks,” says Chon. “I may have even worked 105 hours, but it’s not normal to work that much every single week. The range goes from 60 to 105, but the average is much more like 70-80.”

Chon says the experiences of the Goldman Sachs analysts behind the survey were extreme and shouldn’t be seen as typical of the sector. “The Goldman Sachs tech group [which is where the analysts worked] is known to be pretty intense,” he says. “The tech group at JPMorgan was on the floor above me and they worked hard as well, but when I was there it was nothing like the conditions described in the survey. The problem in late 2020 and early 2021 was COVID – everyone was working from home, the equity markets were going crazy, and a ton of deals were happening. Because you were at home, you were constantly given a lot of work.”

Even during the pandemic, Chon claims bankers elsewhere in Goldman didn’t work as hard as the survey suggested. – “I have a friend in a different group at Goldman, and she said the survey wasn’t representative of her experience. For example, there was a mention of MDs yelling in the survey, but she said she’d never experienced anything like that. And she wasn’t working those hours.”

While Chon says it’s the nature of banking that there will always be short deadlines, he also stresses that the onerousness of the role depends partly upon the sensitivity of your boss. At JPMorgan, Chon says his group had a “really good balance of good deal flow and not much face time.” Senior staff tried to take care of the juniors: “If you finished your work as an analyst, you could leave before the associates in your second year,” he says. “- Usually, the directors and the VPs would have left by 5pm-6pm anyway, but in some groups it’s more common for analysts to stay even when associates leave.” Senior staff in his team at JPMorgan would be appreciative if juniors did additional work, and would try to give them some time off to compensate. Banking isn't always like this, admits Chon: “There are horror stories, and in some groups seniors view analysts as disposable resources who will leave in one or two years, so there’s no point in trying to get to know them and treat them well.”

If you get a good boss, Chon says banking can be a good early career that will set you up for an interesting future. However, he himself left banking after his mother was diagnosed with ALS, the disease Stephen Hawking suffered from. Until then, he was considering joining a private equity fund, but his mother's illness made him reconsider: "I had a quarter life crisis. I decided to quit and travel, and I ended up starting my own business, which is what I'd always wanted to do."

These days,  Chon runs a YouTube channel with over 60,000 subscribers, where he discusses everything from crypto to DCFs, to how he spent the $155k JPMorgan salary and bonus (rent, bills, crypto, nights out) he earned aged 22. He still works 12-15 hours a day, but says he's now doing something "he's really interested in" and that the hours he now works are therefore immaterial.

At least five of the 13 analysts who wrote the Goldman Sachs survey are now understood to have left the bank. Even though Chon says his time at JPMorgan was ultimately bearable, he says most of the people he worked with at the bank have now left like he did: "I'd be surprised if there were more than two out of the 15-20 juniors in my analyst class left."

Bear with us if you leave a comment at the bottom of this article: all our comments are moderated by human beings. Sometimes these humans might be asleep, or away from their desks, so it may take a while for your comment to appear. Eventually it will – unless it’s offensive or libelous (in which case it won’t