Morning Coffee: Goldman Sachs’ $950k philosopher is the latest partner exit. How to lose a billion dollars in Russia 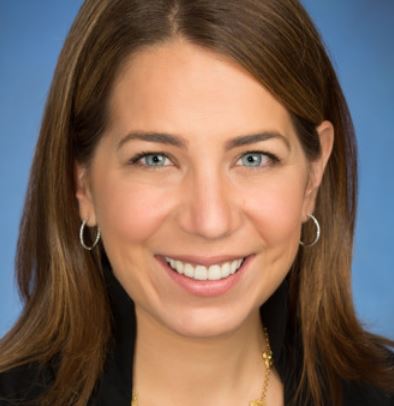 “You can’t control what comes your way, but you can control how you choose to react to it”.  That’s what Heather von Zuben of Goldman Sachs said, philosophically, back in 2019 as part of her advice to people seeking to emulate her career path to Managing Director (and one of the firm’s most senior Latina women).  Since then, “what came her way” has been a further promotion to Partner last year, and “how she chose to react to it” has definitely been under her control – she’s gone.

Although this is the second departure of a high-profile minority woman Partner in two weeks (after Margaret Anadu), it’s unlikely to be related.  Heather von Zuben was Global Head of Wealth Management Alternatives, and had previously been in charge of “Private Equity Client Engagement” and of “Alternative Investment Manager Selection.” Anadu was all about sustainability investing.

By the sound of those titles, von Zuben spent several years in high-profile roles allocating capital to the world’s top investment management firms, most likely with considerable face-time with some of the biggest names.  And although the basic salary for a GS partner is $950k with bonuses at multiples of that and lots of perks and investment opportunities, one of the big trends of the last two years has been the gradual departure of private equity and hedge fund compensation from banking norms.  In a job like Heather von Zuben’s, she was likely to regularly be getting offers too good to refuse;  it doesn’t necessarily say anything about the outlook for Goldman that she’s accepted one of them.

It's interesting to note, however, that something does seem to have changed from a year ago.  Being made a partner was a big deal for Heather; she told Business Insider at the time that she’d gone to bed anxious the night before and even asked her daughter to say a prayer for her.  When she got the call, one of the first people she told was the executive who had hired her into Goldman 13 years earlier, Eric Lane.  A few months later, however, Mr Lane made a “surprise exit” to go to Tiger Global.

It’s always a destabilizing experience when one of your closest friends at work leaves, and might have contributed to her decision.  It’s even more destabilizing to lose a mentor and senior colleague; the realization that you need to start building a new set of relationships for your future career often sets a train of thought in motion to the effect that you might as well do that at a new company.  Good recruiters are typically alert to this kind of thing, knowing exactly the right moment to put an offer in front of someone who might otherwise not even open the email....Von Zuben appears to have got the message.

Elsewhere, experts are warning that Russia’s invasion of Ukraine and the consequent financial sanctions are likely to have created a mistake-rich environment for investment banks.  According to @jeuasommenulle on Twitter, as well as pricing in the risk of stagflation, recession and central bank policy errors, markets have to deal with a huge change to the environment, taxing everyone’s ability to absorb new information.

In particular, the last two weeks have seen a lot of new and altered regulations.  Some of them are totally unprecedented and some of them – US rules on forbidden transactions in particular – are known to carry absolutely draconian penalties.  Restrictions on the use of the SWIFT network will mean that payment instructions are coming in unfamiliar ways and from counterparties who might have problems of their own. And this is all going on in a climate of elevated risk of cyberattacks.

This is the sort of environment in which things go wrong.  Even in comparatively quiet conditions, it’s possible for bank employees to cost their employer $900m with a few poorly-considered keystrokes.  Although the news on the screens can sometimes make it difficult to concentrate on the task at hand, remember that just one single accidental sanctions violation can ruin your whole day.

After trying to stay open as long as possible, banks in Ukraine are faced with having to deal with the impossible; Citi is advancing wages and doing what it can to help 200 of its local employees get to the Polish border. (Financial News)

“Soho House for nerds”? “A group chat with a bank account”? “A lot of men in startups who might play an instrument or two”?  The crypto token and social network organization “Friends With Benefits” has created a lot of buzz – mainly, it seems, from its air of exclusivity and the old strategy of not letting too many bankers in to spoil the vibe.  But it seems that while everyone else in crypto is becoming a billionaire, these guys not only have day jobs but most of them are DJing as a side hustle. (NYT)

For less vibes-oriented crypto players, the new hot topic is compliance – Sam Bankman-Fried of FTX and a number of other experts now view it as inevitable that the industry will be subject to much stricter regulation going forward. (Business Insider)

Encore un fois … the new investment bank claiming the legacy of Salomon Brothers is going to be named “Salomon Encore”, seemingly because Citi still owns the domain name salomonbrothers.com and doesn’t want to hand it over.  Although as far as we can tell, nor does it want to use it for a website of its own. (Bloomberg)

Another example of Two Sigma’s famously productive interns at work – one of them designed an AI tool to predict how much computer power and memory a new model would need to test it, so that the quants could get their ideas to market faster. (Business Insider)

“What does it mean to have $640 billion of reserves? Putin is not sitting on a bed, throwing it up in the air and watching it fall down on his head like Scrooge McDuck.”  Lloyd Blankfein explains the power of central bank sanctions and the use of the financial system as a tool of policy in his inimitable style. (NY Magazine)