The JPMorgan MD with $100m P&L and a rugged sabbatical 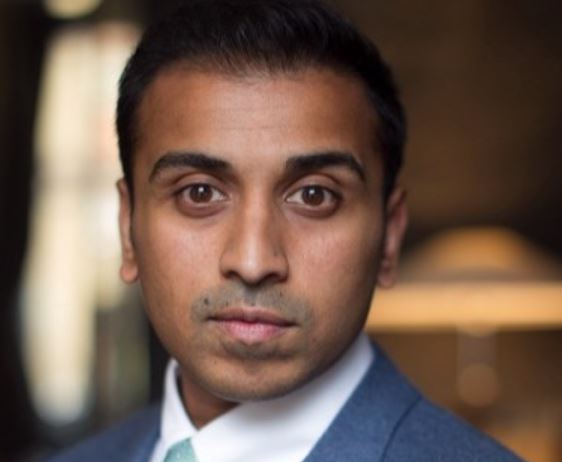 How do you make managing director at JPMorgan, and yet still find the time to take a six-month sabbatical riding through mud on a motorbike? Sanj Sivarajah, JPMorgan's head of emerging markets special situations group, is the person to ask. He has done both.

Sivarajah, who is based in London, was promoted to MD at JPMorgan this month. He's worked for the bank ever since graduating with a first class degree in economics from UCL in 2005, so he was arguably on track for the big promotion. But not everyone makes MD, and Sivarajah's arrival is notable because he has a few special features.

JPMorgan isn't commenting on Sivarajah's track record, but we understand that during the 13 years he's worked for JPMorgan, he's generated an average of $100m a year in P&L, despite working through three market crises and in three different business areas. In the best years, he generated $250m for the bank; in the worst, he generated $50m.

Sivarajah built his name in JPMorgan's European financials distressed business. From there, he moved into emerging markets and into the CEEMEA (Central and Eastern Europe Middle East and Africa) distressed franchise. In 2019, he moved sideways into the special situations group, where he manages both traders market-making in high yield bonds and loans, and direct lending to emerging markets corporates in stressed circumstances.

Sivarajah didn't respond to a request to comment for this article, but sources say his elevation to MD is interesting because he had two long breaks from JPMorgan and still made this year's promotion list. His first break was in 2015, when he took six months off in his early 30s to try new things. That included riding around Thailand on a dirt bike with some bald and bearded men, and sometimes falling off in the deeply rutted road.

In 2019, Sivarajah took a few more months off for paternity leave. It's becoming increasingly normal for even front office traders to take long periods of leave when their children are born - Ranald Falconer at Goldman Sachs took five months last year, for example. Anand Prasant, an MD at Goldman Sachs in London, recently took four and described the experience as "liberating" and an opportunity to bond with his son, "in a way I couldn’t have previously imagined." Sivarajah seems to have been a trailblazer for this approach.

In 2022, Sivarajah is dealing with the fourth financial crisis of his career, and one that could yet derail his impressive P&L as higher energy prices wreak havoc with corporates in Eastern Europe. For the moment at least this doesn't seem to have happened, and JPMorgan is presumably confident that Sivarajah will steer the special situations group through the fallout from war in Ukraine, or it wouldn't have promoted him.