11 people who quit finance and lucked-in at Airbnb & Doordash 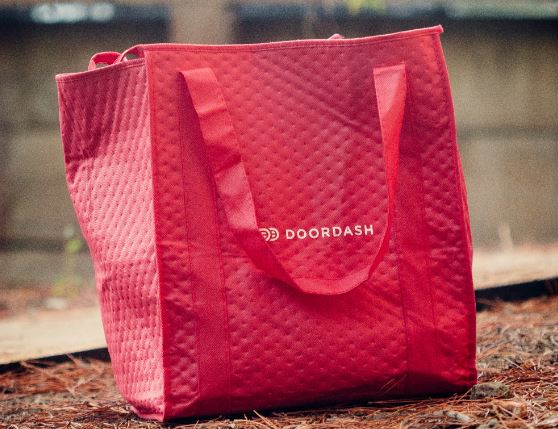 If you listen carefully in the investment banking divisions, technology teams and strats groups at investment banks this week, you'll hear some deep sighs. These are the sighs of regret. They are the regrets of people who stayed in finance while others left, joined start-ups, and made a fortune from this week's IPOs.

"I know some folks in their mid-20s who left hedge funds to work for Airbnb," sighs one Goldman Sachs strat. "They're multimillionaires now."

For those who hung on in finance, it's all a bit galling. You get paid well in banking, but you're probably not going to make seven figure multiples anytime soon - especially if you're in technology. Although the really massive money will only go to those at the top of pile, Airbnb's initial valuation of $100bn+ and Doordash's valuation of $73bn+ will also benefit employees who received pre-IPO stock as a form of payment. Plenty of those people used to work in finance.

We can't guarantee that any of the names listed below is now destined for a life of leisure, but we'd suggest it's a strong possibility given their tenure at the two companies.

Before Gupta began working in start-ups, he was a quantitative trader in investment banks. With a BA in mathematics from Cambridge University, a MSc in mathematics and finance from Imperial, and a PhD in statistical finance from Oxford University, Gupta clearly started out intending to work in finance. He changed his mind in 2014, after two years as an FX algo trader at Deutsche Bank in New York City.

In an interview with the Imperial College alumni group a few years ago, Gupta explained why he left finance for tech: "I had started to hear a lot about tech startups, Silicon Valley, and data science. I’d never heard of them in the UK and I started going to a lot of talks in New York and reading a lot of the data science blogs. I was like ‘wow, these guys are pretty much doing exactly what I do in finance but in tech, where the problems are very new, maybe more difficult, and with a richer dataset’," said Gupta. "People had been working on the stuff we were doing at Deutsche Bank for maybe 25 years, and I wanted to work on ground-breaking new problems that no-one had a foundation in."

Even before the IPOs, Gupta encouraged Imperial students to look beyond finance: "The Bay Area now is sort of like Wall Street was 30 years ago - all these people working on new and disruptive technologies in grand offices, and looking after their staff really well," he told the alumni group. "That’s one of the things I’d love to impress on current students - that there is a world outside of finance that uses data in an equally complex manner."

Countryman joined Airbnb as director of international growth in 2015 and has surely accumulated a fair amount of shares. He's currently director of global strategy, based in San Francisco.

In a previous existence, Countryman was an executive director in TMT investment banking at Goldman Sachs, where he worked for seven years.

Lee joined Airbnb in January 2019 after previously working in equities investing at Citadel in New York. He's a principal on Airbnb's strategy and insights team.

Zhang also worked for Citadel, but in the Chicago-based global quantitative strategies group. He joined Airbnb as a software engineering in 2018.

Tevatia is the director of strategic finance at Doordash. He was a VP in technology banking at Goldman Sachs until May 2019, when he quit for Doordash. Before that, he spent three years at Morgan Stanley.

Greenberg is a senior director for new verticals at Doordash. Until April 2017 he worked in M&A for Morgan Stanley in New York.

Kotte is head of strategic partnerships at Doordash. He joined in January 2019, but until May 2017 he was an investment banker at JPMorgan, where he worked for nine years.

Minehan also works in strategic partnerships at Doordash and coincidentally (or not), he also came from JPM. He was a VP in investment banking until May 2019.

Chien is senior program manager for strategy and planning at Airbnb. She joined in SF in April 2017. Before that, she spent six years at JPM where she was latterly a VP of communications in Asia.

Adarkar is the CFO of Doordash and therefore one of this week's biggest earners. He joined in 2018 from Uber, but until 2015 he was a TMT banker at Goldman Sachs, where he worked for seven years.

Photo by Griffin Wooldridge on Unsplash