Morning Coffee: Bank CEOs now competing to be kindest to junior employees. "It’s increasingly obvious that we have made questionable life choices" 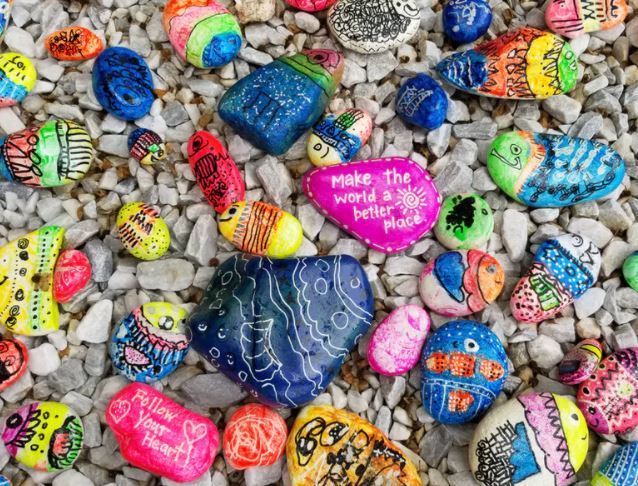 Mirror, mirror on the wall, who is the kindest of them all? Is it David Solomon, the CEO of Goldman Sachs, who left a Sunday evening voice memo saying how he and Goldman managers are working hard to make things better? Is it Jane Fraser, the newly anointed CEO of Citi, who sent an actual memo about the need to, 'make the most of now'? Or is it Jefferies' CEO Richard Handler, who's giving his juniors the option of choosing between a range of exercise equipment to help their mental and physical health.

As we predicted last week, the Goldman Sachs unofficial analyst survey in which 13 juniors claimed to be exhausted by 100 hour weeks, is sparking a wave of conspicuous kindliness to those at the bottom of the banking pyramid from those at the top.

Solomon's memo, sent Sunday evening (instead of Saturdays as these are now strictly protected time off), promised juniors a break between 9pm Friday and 9am Sunday. In a reiteration of Goldman's statements last week, he said that the firm is accelerating the recruitment of new juniors to help them out, and that it will move people across from other business lines where appropriate. “We’re also being more selective about business opportunities that we pursue, and we’re working to automate certain tasks in our business,” said Solomon. "...This is not easy, and we’re working hard to make it better.”

While Solomon was busy articulating Goldman's response to its mini-cultural crisis, Jane Fraser at Citi was getting ahead of the curve in her third week in the job. The "relentlessness of the pandemic workday" has taken a toll on everyone's wellbeing said Fraser in a memo posted on Instagram yesterday. To remedy this, Citi is launching 'Zoom free Fridays,' said Fraser (client and regulatory meetings excepted); audio calls will still go ahead.

Fraser also asked that scheduled calls take place within office hours instead of early mornings and evenings, and urged Citi people to actually take their vacations. Citi will be offering an extra day's holiday in the form of a "reset day" on May 28, she added.

The language of all three CEOs was unsurprisingly similar. When Handler announced Jefferies' exercise package last week, he too was "grateful", wanted to offer "support", and to express "appreciation." The Jefferies package was supposedly conceived before the Goldman 100 hours presentation escaped to social media, making it all the more prescient.

Now that the floodgates have opened, a rush of similarly worded memos from other banking CEOs is only a matter of time. It's worth noting, however, that none have yet done what Goldman's 13 overworked analysts wanted most of all and guaranteed a working week of no more than 80 hours. As Brian Mullen, the author of the infamous DLJ memo advocating 16-hour days explained here yesterday, this is partly because it's difficult to immediately find extra juniors to lighten the load of those you've got. It's also because, well, clients are demanding.

Jefferies' Handler captured the dilemma last week when he noted that banking juniors exist between "client demands" and Jefferies' "drive to fulfill their needs," which sounds like a harsh place to be. Solomon, who prior to this, had reportedly been annoyed by juniors' long lunches on work days, ended his voice memo by extolling the virtues of client service. "Just remember: if we all go an extra mile for our client, even when we feel that we’re reaching our limit, it can really make a difference in our performance,” he said. In other words, working weeks of no more than 80 hours aren't really possible if they compromise client service.

Separately, it's not just bankers that are struggling with overwork: lawyers and consultants are too. Speaking to the Financial Times, a partner at a law firm bemoaned the new world in which people are, "stuck at home doing very unglamorous work from their bedrooms.”

A trainee lawyer at one firm said lockdown had removed the things that made the job bearable: “Before the pandemic, work drinks and the ability to escape on snatches of annual leave made the relentless pace of work seem worthwhile. Now, without the distractions of the perks and with more head space to consider our options, it’s increasingly obvious to some of us that we have made questionable life choices.”

Solomon wants other analysts to know that it's fine to complain. “In this case, it’s great that this group of analysts went to their management. We want a workplace where people can share concerns freely. So we want to encourage all of you to take the opportunity to speak with your management. If there are any issues, do not hesitate to reach out to ask for help.” (Guardian)

Pitchbooks can be 50 pages long but Citi has a new plan to limit them to 15 pages and no more. It's also launched something called 'Flourish' which encourages staff to take at least one hour off during the day to do something for themselves. (Financial News)

Senior staffers — stuck at home with kids — are going to be much more tempted to push tasks down the food chain. They had to go through it and they survived, right? It’s this attitude that’s hardest to shift. (Bloomberg)

Credit Suisse CEO Thomas Gottstein said the bank might spin out its asset management unit after the Greensill affair. (Bloomberg)

Credit Suisse's Greensill woes have been tracked to insurance broker Marsh & McLennan. “They identified no red flags even when questioned...The only comment they gave was that the cost of insurance would increase due to Covid.” (Financial Times)

Upsides and downsides to life in Frankfurt. “You feel cut off from the water cooler chats you have when you’re at HQ,” he said. “But deal activity is picking up, Frankfurt is becoming more cosmopolitan and we thought it was the best place we could bring up a child of the major European financial centres.”  (Financial News)

Leon Black is exiting Apollo. “The relentless public attention and media scrutiny . . . have taken a toll on my health and have caused me to wish to take some time away from the public spotlight.” (Financial Times)

BlackRock hired a law firm to conduct an internal review into reports of “employee misconduct" relating to discrimination and sexual harassment. (Financial Times)

Photo by Third Serving on Unsplash